Upon arriving in the Orlando area we spent five days at Wekiwa Springs State Park, technically in Apopka, FL. This was our base camp for Disney and manatee viewing. Wekiwa is a beautiful park that has camping, day use, hiking, bicycling and horse riding trails, and the highlight of the park, a large natural spring that stays in the low 70’s all year long. We used the opportunity and took a swim in the spring, after verifying that alligators don’t go in that area! The water was very clear and you could see deep into the earth where the spring comes up. We also rented a double kayak and spent a couple hours paddling up the slow river created by this and other springs. If you want to test your communication skills, try a double kayak. Megann would say I failed haha. Despite our challenges we enjoyed the time on the water. Near Wekiwa there is a great little outdoor bar called The Tooting Otter at Wekiva Island. We meet up with Tom and Judy there and had a great evening. Wekiwa was a great place to stay and we’d do it again. 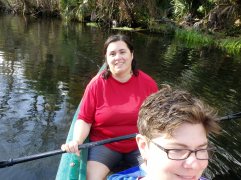 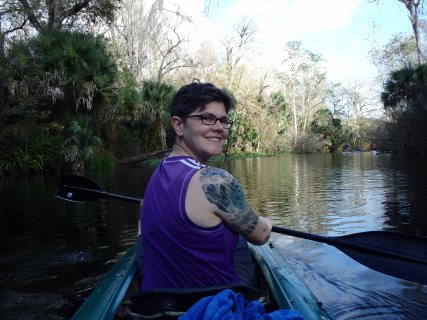 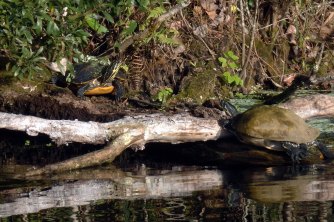 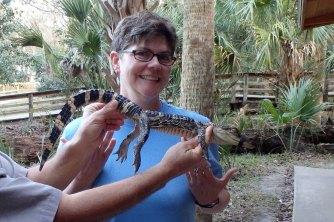 About 45 minutes from where we were located was another state park called Blue Springs that is a winter refuge for the manatees. This was a highlight for us. Neither of us had seen a manatee before and we got to see a ton of them in shallow water. They have a boardwalk built that you can walk along for viewing without disturbing the manatees. We also took a boat tour. We didn’t see too many manatee on the bout tour but we saw a ton of really cool birds and our guides knew what each one was and a little bit about them. Some of the birds we saw were Ibises, Brown Pelicans, Anhingas, various types of Herons, Purple Gallinules, vultures, eagles, osprey, ducks and the list goes on. 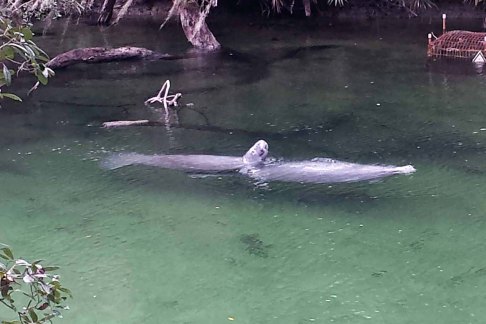 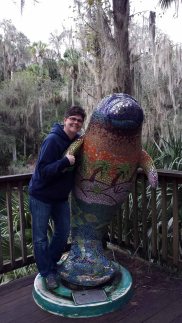 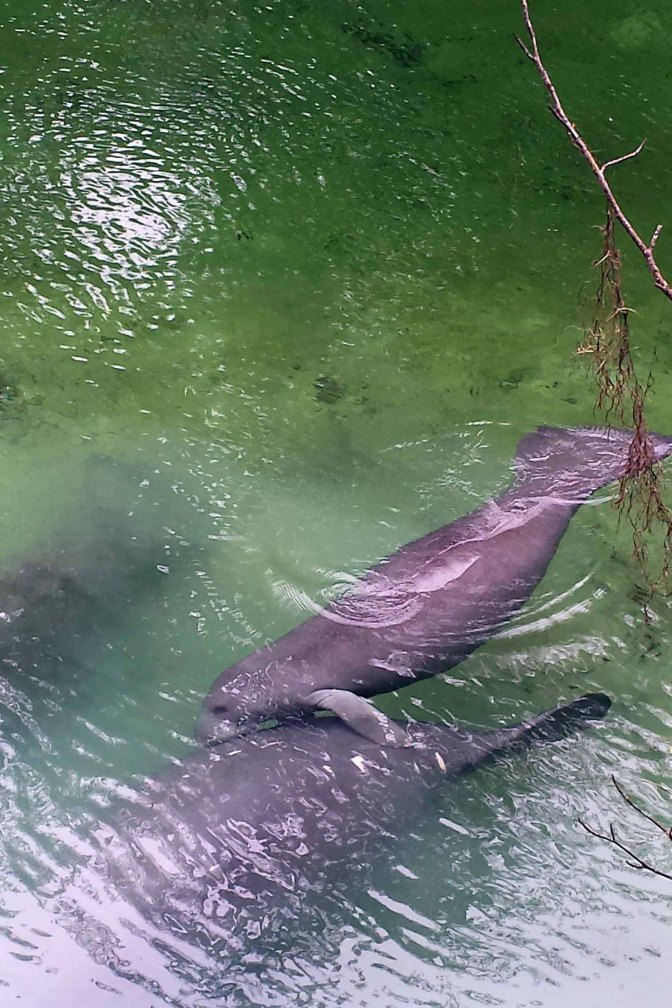 Last summer we had the pleasure of meeting our Yellowstone Holiday manager’s father, Tom and his girlfriend Judy. Tom works for Disney and made the very generous offer to get us in to the parks for free if we made it down to Florida! He came through on his offer, getting us in to Epcot one evening and in to Magic Kingdom with a park hopper pass on another. Let me tell ya, we were not really prepared for how huge Disney World is and how long it takes to get from park to park, or even from the parking lot in to one of the parks! We’ve been to Disney Land and this is not even in the same galaxy. If you try to park hop its not overestimating to say it can take two hours to get from say, Magic Kingdom to Hollywood Studios. 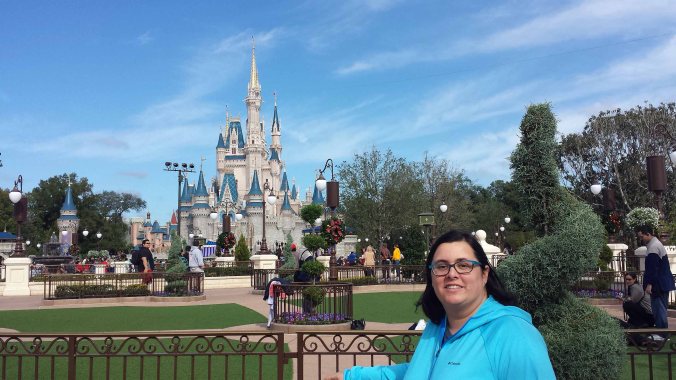 Epcot is less about rides and more about cultural displays. The concept is to walk through different countries, learn a little about each one and possibly try a little food or beverage from said country. We had a fun time doing this and then watched the fireworks show right before the park closed. 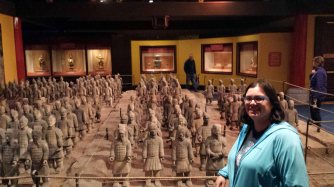 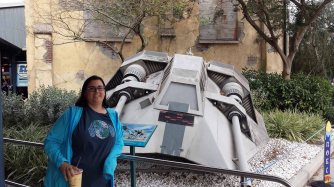 The day we got the park hopper pass we started off at Magic Kingdom. We tried to get fast passes and get to some popular attractions but it was so crowded we decided we have more fun with our time at Hollywood studios. At Hollywood they do have rides but there is big emphasis on the shows which we enjoy. We got to see Indiana Jones Epic Stunt Spectacular, Lights, Motors Action Extreme Stunt show and ended the evening with the Fantasmic fireworks show. 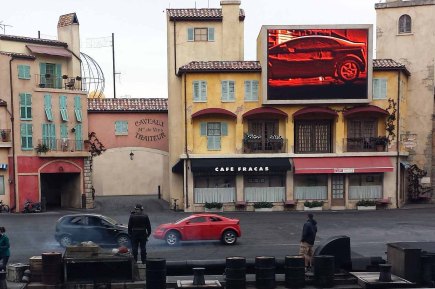 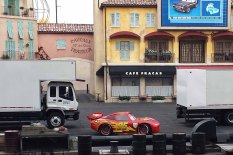 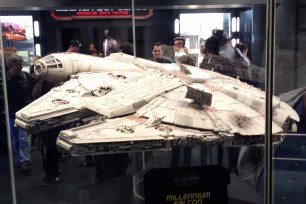 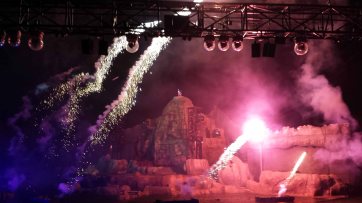 After Orlando we moved over east to check out the space coast. We stayed at Manatee Hammock County park. It isn’t a fancy park, but it has several things going for it. It is very reasonably priced, located right on the water and is only 15 minutes from Kennedy Space Center. 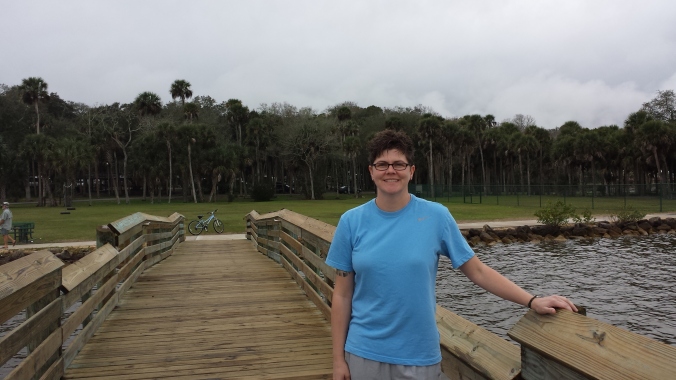 The Kennedy Space Center was a bit expensive but totally worth it! How cool is it to stand beside the space shuttle Atlantis, I mean really? There are a number of rockets outside as you enter the center and they periodically have someone doing a talk about all of them. There’s a bus tour to take you around to the vehicle assembly building and the launch pads. They also go over the new programs NASA has in the works like the manned missions to Mars. Kennedy Space Center is an amazing place and we would recommend it to anyone in the area. 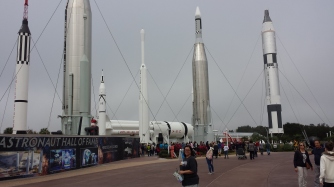 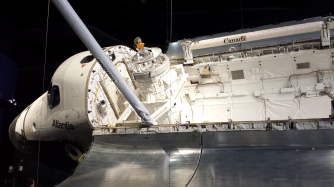 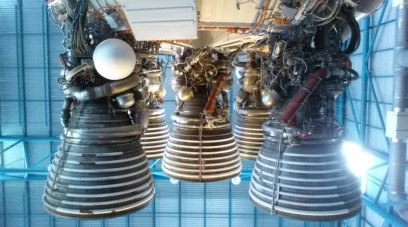 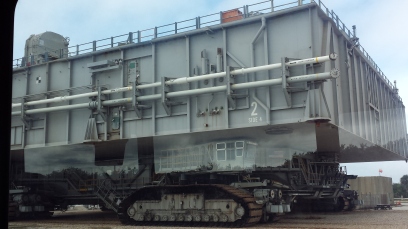 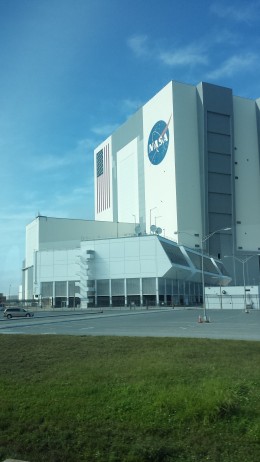 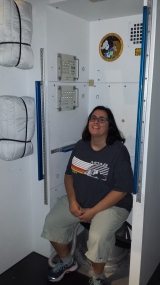 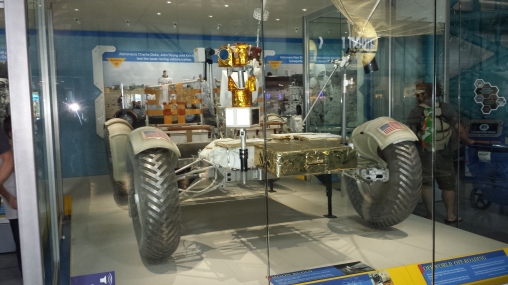 From here we headed South for the next phase of our Florida adventure!